Performance update - what a month!

Last week I was on holiday, and I tried (unsuccessfully) to limit my time watching the markets, corresponding with other traders etc and enjoy the weather. As far as trading activity was concerned, all I did was update stops on any existing positions as per my system rules. 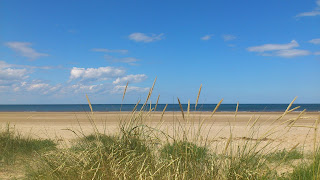 What I've been looking at most of last week

The video review I posted at the end of June 2013 showed the performance for the preceding year was +156%. The updated figures here show that, within a month, this has now increased by a further 100%. Why the huge increase? Well, there are a couple of factors:
With the second point, the new scans developed to identify good setups before they breakout have undoubtedly helped both myself and the other members of the mentoring programme achieve this.

Other than that, it has been good old trend following, pure and simple. No new tweaks to the system, just concentrating on sticking to my entry and exit rules, with good risk control. Sure, there have still been losing trades in the last month, but as usual those losses were cut very short.

If you want to know more about how to trend in this fashion, then sign up here!
Posted by Trader Steve