A typical example of a losing trade cut short

Here is a typical set up which I opened a position last week and cut taking the small loss the following day.
There is nothing out of the ordinary in the set up on this stock - there has been some recent price strength, a pattern of higher highs and higher lows emerging, combined with a consolidation period where volatility (as shown by my Volatility Factor indicator) has contracted.

Regular readers of the blog will know that I introduced what I refer to as a 'breakout stop' back in early 2012, and if you look at my performance history you will see that many of my losing trades are taken within a day or two for a loss somewhat smaller than the full 1R.
The idea for this stop came from reading David Ryan's Market Wizards interview. Jack Schwager asked the following question, and below are Ryan's responses:
"If you buy a stock at new highs and it then pulls back into the range, at what point do you decide it was a false breakout? For example, assume a stock that has been trading between $16 and $20 goes to $21 and you buy it. What do you do if two days later the stock is back at $19?"
"If it re-enters its base, I have a rule to cut at least 50 percent of the position."
"In some cases, it will break out and come back to the top of the base, but not re-enter. That's fine, and I will stay with the stock. But if the top of the base was $20 and it breaks back to $19 3/4, I want to sell at least half of the position because the stock didn't keep on moving. Frequently, when a stock drops back into its base, it goes all the way back down to the lower end of the base. In the example, if it goes down from $21 down to $19 3/4, it will often go all the way back down to $16. Therefore, you want to cut your losses quickly."
In this trade I took, you can see the attempted breakout where I entered, plus the quick failure of that breakout. Price has continued to drift lower since then: 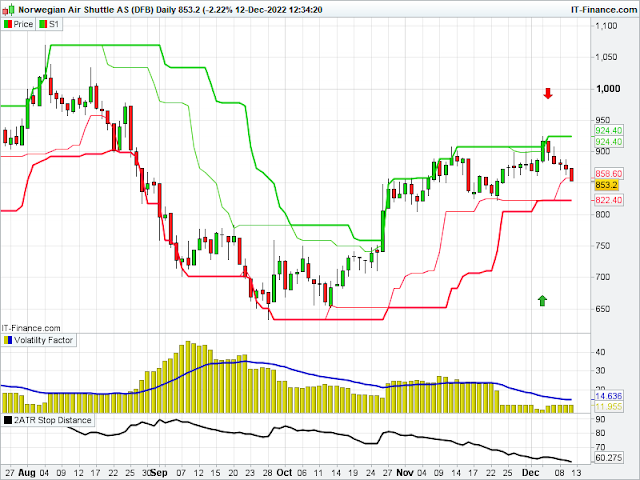 This is a text book example of what Ryan was talking about.

The only difference between what he did and what I do is that instead of selling "at least half" of the position, I cut the whole trade, on the basis I don't want my capital tied up in non-performing trades.