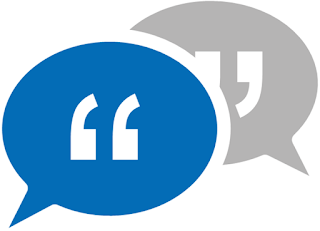 Below is a testimonial received from Paul, who I have known for a number of years now and has continued to make progress as a trend follower:

"I have been trading since 2013. When I first started I consumed EVERYTHING related to technical analysis. I started talking to Steve sometime in 2014 and I also read his Trading Triangle Book. Like most traders in the early years, I faffed around switching between trading systems and time-frames trying to become a millionaire. I suppose one of the main reasons I am still here is because the concept of risk-management and honouring a stop loss was never hard to grasp. So in the early years I never lost any significant sums of money, but I never made any either.

In 2015 I finally committed to Steve's trend following group after reading the book about the 'Turtle traders' and drawing the conclusion that trend following of some kind would be a logical trading system to try and work around my life.

Shortly after joining the group, our family business started to quickly grow and in the period of 2015-2018 I was trading here and there but very inconsistent, and going long periods where I would forget to even open the trading platform due to the insanity of growing the business.

Towards the end of 2018 I was able to build the habit of trading daily and committing 10-15 minutes each day for scans, placing orders etc. One of the problems which needs to be overcome in order to stick with any trading system, is that you need to have faith that what you are doing WILL lead to a positive equity growth over time (say 5-10 years) while seeing equity decline and lots of small losses. Unfortunately the only way to achieve that faith is to stick with it long enough to see how it works. It's hard to put into words how difficult this is. It may be likened to the concept of holding two contradictory states of mind in equilibrium. This may be the topic for my own book one day :)

It was not until March 2019 that I experienced my first BIG trend and that was Bitcoin which gave me a whopping +21R return. I was so busy with our second son being born that I was prevented from looking at it too frequently. This is actually an important point and I have found throughout the years that often the best trends kick off when you are so busy with other things. Just remember to place your orders!

Thanks to that trade, plus a few others, my annual return was +41% that year.

This past year I have switched my trading to 100% commodities and will be sticking with this for the foreseeable future.

Being part of Steve's trading group has been excellent - we can chat with other group members and also share charts of interest. However, as Steve has highlighted over the years, this is not a signal service. There have been numerous Skype calls over the years where we've gone through charts in detail over video which have been immensely helpful. I'll be with this group for the rest of my trading life.

The system itself could be any system, as long as it is simple and is based almost exclusively on price. What matters most is your ability to be disciplined with the system, and stay in a trend - "One good trend pays for them all"

As Paul says, it takes discipline to not only be consistent with your trading method and following the rules, but also discipline in showing up every day, sticking to the overall process and being alert to potential new opportunities.