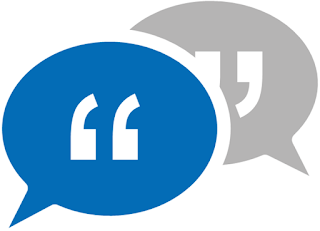 A couple of weekends back, while on the train to London, I posted this up on Twitter:

The traders I was going to meet were Craig and Aaron, and our catch up marked the end of working closely together for three years.

Following that, Craig has now kindly forwarded the following note:


"Where do I start!? What a journey these last 3 years have been! I’ve been looking back at past emails over the last 3 years and reflecting on how my process, mindset and risk has changed over these years. It’s been nothing short of transformational.

Your dedication to risk management has had a very big impact on me, and in some ways kept me in the game during some very difficult trading periods in 2016.

I’ll never forget our discussions before the Brexit Referendum when you, correctly, said that holding trades through the vote was akin to holding a trade through a volatile earnings announcement – in other words, gambling!

I saved my account from a -34R loss that day by closing out my positions beforehand.

Also, my position sizing went through a very significant change over the 3 years. I thought I was pretty sensible risking 1% per trade at the start of 2015! But given the way I trade (in terms of trade frequency), this dropped to 0.8%, then 0.4%, then a variable 0.4% to 0.1%, and then finally settled at a fixed 0.2% per trade on my core chart-pattern based trend-following strategy. Again, your focus on risk management has rubbed off on me, in this regard.

One of the biggest services you have done for me, is help me to discover my true edges in the markets. You have expanded my mind to trading strategies I wouldn’t have considered otherwise, even with all the books and information out there freely available on the internet.

I came into the mentorship with an almost religious adherence to trading with chart patterns. I had spent nearly 10 years developing computer algorithms to detect rectangles, triangles, flags and pennants. It was so good at detecting these patterns, that I had the confidence to run a fully automated system scanning thousands of stocks a day, without me even needing to check their validity.

But, as it turned out, the short answer to chart-pattern effectiveness over simpler methods was - not really!

Given the time I had spent on chart patterns, my mind was truly closed to other possibilities, and it took a considerable weight of evidence, provided by your own real live trading, to convince me otherwise.

It was very hard psychologically, for me to accept. However, once I understood the key drivers of my profitability, I focused on improving those areas, and with diversification into other non-correlated simpler strategies, led to a +130R profit in 2017.

I’ve since had a challenging 2018, half of which has been my own doing due to occupational hazards of automated trading. But I feel like I am in very good place mentally and process-wise now."

Just after the EU referendum, I wrote about Craig's particular situation and the thought processes which he referred to above - the post is here.

Both Craig and Aaron take their trading activities seriously. As part of this, they provided me with a detailed trading record and notes each month for review and discussion.

The whole purpose of mentoring aspiring traders is not to necessarily force people to change what they do, but to make them think about what they are doing, Asking questions or seeing things from a different perspective may open up potential new opportunities in how you interact with the market - as well as encourage them to make the required changes to their existing approach.

I don't know all the answers - far from it. But from building my database of knowledge and experience, both from my own trading but also from discussing trading (and trend following in particular) with others, I can hopefully pass on some of what I have accumulated to assist people who have the desire and commitment to improve their performance.

And I would say that a return of +130R in one year is pretty good in anyone's book.

One final point of note which has been revealing for me is how much emphasis, as a systematic trader, Craig in particular has placed on psychology. Given that he studied NLP several years ago, that may not be a surprise. But a lot of people think that psychology is not relevant when your trading method is fully automated. Craig proved to me that this was not the case.
Posted by Trader Steve