Larry Hite and the EU referendum 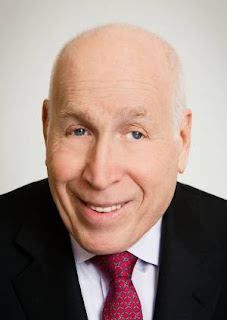 "When I was a kid and got my first motorcycle, I had an older friend who would always get into fights. He told me, "Larry, when you are on a motorcycle, never argue with a car."" - Larry Hite, from his Market Wizards interview

This week I have been reminded of the above analogy when thinking about the EU referendum here in the UK. This is a classic example of a major 'event' which may (or may not) cause significant volatility and movement in the markets.

What we have here, to paraphrase Donald Rumsfeld, is a ‘known unknown’. We know there is a major event, but we don’t know how the markets will react to it. It is a unique event given the consequences of how the UK will vote, and the potential ramifications for the EU 'project' as a whole. As things stand, the opinion polls are too close to call.

As a trader, in this environment, do you have an edge?

When the initial results get announced, you would anticipate there being an increased possibility of a jump in volatility, with possibly some price gaps or shocks depending on the stocks, indices or forex pairs you may be trading. The market open on Friday could be interesting…

Given the uncertainty, quite a few traders I know have decided not to play, as they feel they don’t have an edge.

As Larry Hite went on to say in his Market Wizards interview “The speculator can choose to only bet when the odds are in his favour. That is an important positional advantage.”

People may be thinking about taking a position betting on a major movement, and all the profits they could make if they get the direction right. But have they considered the consequences if they choose the wrong direction - have they thought about the potential downside? Can they control their risk and losses if their positions go against them?

I have no idea what will happen - my crystal ball broke years ago. And I cannot predict a non-existent future. Technical indicators on your charts may well prove worthless. Prices could gap through your stops.

Now, of course this is no different to any other trade - you can suffer a price gapping through your stops thanks to an 'unknown unknown' such as an unexpected news release or announcement by a company whose stock you are trading.

You assume risk every time you speculate in the markets. It is the potential magnitude of the market reaction here which could easily destroy someone's account that needs to be thought about.

Then again, this could be a total damp squib. The markets may take the result in its stride, and there may not be much in the way of price movement or a volatility spike to deal with.

As a trader, you have to weight up the options of any potential risk:reward scenario, and act accordingly.

Based on the above, I am fully in cash, and will probably avoid looking for opportunities until the beginning of next week. So, until the referendum is out of the way, I have spent the time working on myself, reading, studying and generally preparing myself to get back into the market.

One thing is certain – markets don’t like uncertainty, and that is what we have at the moment, and will have until the results are known.
Posted by Trader Steve