The big news this week was the bloody nose that Bill Ackman and his Pershing Square fund received regarding their investment in Valeant Pharmaceuticals.

Following a dire update, the stock plunged to levels not seen since 2011, and has dropped almost 90% (yes, you read that correctly) from its all-time highs above $260 back in August.

As Ackman is an investor rather than a trader, I've shown the chart below on a weekly timeframe to show a longer-term perspective, but however you look at it, the chart is just plain ugly if you are trying to go long as a trader, or are currently holding as an investor. The downtrend has clearly been in place for several months. Price tells you all you need to know.

Whenever I come across situations like this, I am reminded of the story Ed Seykota once told:

"One evening, while having dinner with a fundamentalist, I accidentally knocked a sharp knife off the edge of the table. He watched the knife twirl through the air, as it came to rest with the pointed end sticking into his shoe. 'Why didn't you move your foot?' I exclaimed. 'I was waiting for it to come back up' he replied."

The problem with holding such large volumes of shares in a company (Pershing currently hold over 30 million shares, which is more than 5% of the issued share capital), is that when price goes against you, it can be difficult to unload your holding without starting to make price go even further against you.

As it is, Pershing clocked up losses of more than $1 billion on Tuesday alone, in the immediate aftermath of the announcement.

So, it looks like Ackman, at best, will be stuck in a losing position for a while to come. But there's always someone worse off. According to this report, the Sequoia fund is currently holding an even bigger stake in Valeant, which accounted for 20% of its assets.

As a trend follower, the odds are only in your favour when the direction of your trade is aligned to the price trend of the stock or instrument you are holding. On that basis, anyone who follows price trends would have exited long positions in Valeant a while back and would be safely in cash, or may be sitting in a short position after getting the appropriate entry signal.

So what can you learn from this as a trader? 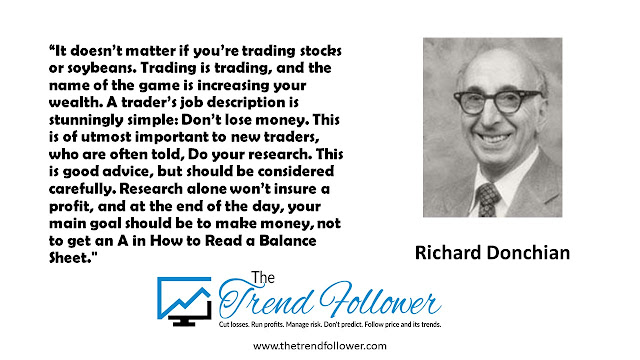 
I could go on with all the clichés, but (hopefully) you get my point.

Even if you follow company fundamentals, a simple trend following system will help you with the 'timing' of your entries and exits, and help you avoid scenarios like this.

As I've said many times when I come across charts like this, what appears to be cheap now, may be even cheaper in 6 months time... 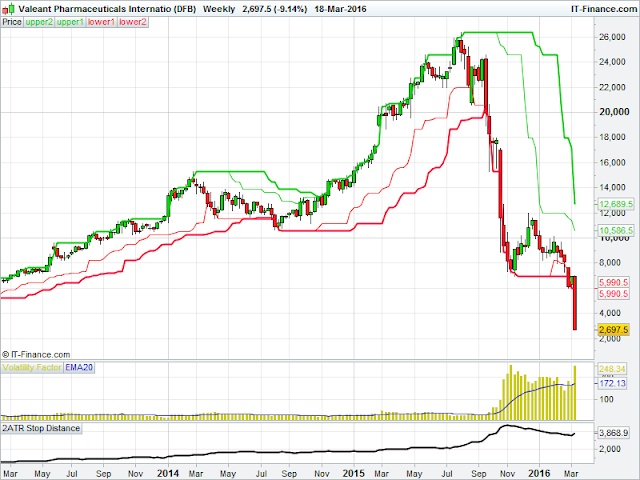