Traders, their beliefs and opinions, and what you can learn from Eckhart Tolle 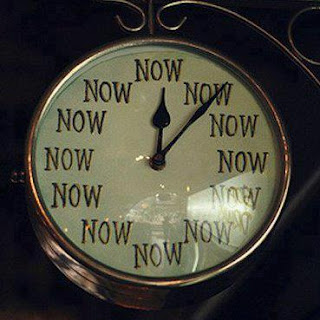 "Accept, then act. Whatever the present moment contains, accept as if you had chosen it. Always work with it, not against it." - Eckhart Tolle

How you interpret what price is doing, and how reactive you are to any changes in price behaviour, will depend initially on those core beliefs you have about trading, and from there your own rules derived from those beliefs.

So, this does not mean that a long-term trend follower will be worrying about watching every tick that goes against his position during a market session. His own trading rules will clearly define at what point he needs to take action if price starts moving against him.

When a particular price level is hit, different groups of traders may interpret price differently, based on their own beliefs and opinions.

At any point in time, investors, scalpers, trend followers, swing traders, day traders, HFT algorithms may be buying and selling the same stock or instrument based on their own beliefs and opinions - which are expressed within their own trading rules designed to capitalised on their own 'edge'.

It is all these participants that make up a market of buyers and sellers - and they certainly don't give a stuff about what you believe in, or your opinion about what may (or should) happen.

In addition, you don't necessarily know who those traders are who are looking to participate, what their own beliefs are, and even at what price levels they are waiting for to either enter or exit a position. So you cannot predict with any accuracy what will happen when price reaches a certain level.

As an example, I trade breakouts. When price reaches a level that is relevant to me and my own entry rules, I am looking to open a position to take advantage of price potentially starting to trend in the direction of the breakout.

Other traders may also be looking to enter in the same direction as me, but may be looking at different price levels to act as a 'trigger', depending on their own beliefs and parameters.

Yet other traders may be looking to enter a trade going in the opposite direction to me, based on their beliefs that most breakouts fail, and that price has reached a predetermined resistance level.

No one can say that any of those approaches is wrong.

It is simply where differing groups of traders, who may refer to different entry criteria, timeframes or parameters are acting upon their beliefs about the best way to make money.

However, critical to this is that must be prepared to accept that, on occasion, price will tell you that you are wrong.

The best traders accept that they can and will be wrong, and when that happens, they cut their losses, exit the trade and move on. Price, and the actions of the other market participants, have shown them they are wrong. Typically trend following methods have a win rate between 30% - 40%, so we get lots of practice at being wrong!

Your trading method will only generate a profit on a trade when your beliefs and actions mirror those of other market participants. If they do, then price will be moving in the direction you are trading. It's that simple.

It is also important to accept that, while you may have an opinion or belief about what may or may not happen, it is counter-productive, and potentially dangerous, to be too over-confident about your belief in an opinion.

Here is a story that Mark Douglas told in Trading in the Zone which explains this, and relates to a conservation between a trader, who was the semi-retired chairman of the board of a brokerage firm, and a recently hired trading analyst, who was described in the book as a know-it-all and extremely arrogant about his analysis of the markets:

"As they sat there, the bean market was slowly trending down to the price the analyst said would be the support, or low, of the day. When it finally got there, the chairman looked over to the analyst and said "This is where the market is supposed to stop and go higher, right?" The analyst responded, "Absolutely! This is the low of the day." "That's bullshit!" the chairman retorted. "Watch this". He picked up the phone, called one of the clerks handling orders for the soybean pit, and said "Sell two million beans (bushels) at the market." Within thirty seconds after he placed the order, the soybean market dropped ten cents a bushel. The chairman turned to look at the horrified expression on the analyst's face. Calmly, he asked, "Now, where did you say the market was going to stop? If I can do that, anyone can."

The chairman had a different belief about what would happen compared to the analyst, and he acted on it. This created a movement in price that the analyst wasn't expecting.

Had the analyst taken the trade himself based on his own beliefs, his own arrogance and over-confidence in his market analysis may have led him to risk more than he should. Consequently, the actions of others acting on their own beliefs would have led him to make a loss - possibly a big loss.

This is a good example of why you cannot allow yourself to get angry or emotional if price moves in a different manner to what you were expecting. You have to accept price and its movements for what it is, and that you can be wrong.

This is also why should ensure that you risk only a small portion of your funds on a position.

Always keep in mind that, potentially, any one trader, or a group of traders, who have different beliefs or opinions about what price may or may may do, may trade the same instrument, at the same price level, in a different manner to you.

Their beliefs and subsequent actions may cause price to move in the opposite direction to which you were anticipating to profit from. In which case, you are out of step with the market, and you should cut your losses and get out of the trade.

Exactly how much leeway you give price to confirm whether your belief is right or wrong will depend upon your own trading plan and parameters.

Remember that while you can be wrong, the market never is.

This week, following the latest Non-Farm Payrolls report, new all time highs were made on the S&P 500, and the Nasdaq finally surpassed the March 2000 dot.com high.

So, for all those who have been continually calling for the market top to be 'in' since 2009, they are still wrong.

Potentially there are 'top callers' on the indices which have been continually wrong for over 6 years now. They haven't been able to accept that the market has been trending upwards for all that time, and as a result they may have missed out on the potential opportunities on the long side that have arisen since 2009.

In other words, they haven't acknowledged the fact that price has been working against them, and have remained loyal to a deep-rooted belief or opinion about what they thought would happen.

This may be a case of ego, arrogance or pride preventing them to see what is clearly happening.

Whatever it is, because of those beliefs and opinions, they haven't been focused on the moment of now.

They haven't asked themselves the question: "What is price currently doing?"

Some of the traders I follow on social media were extremely cautious earlier this year, based on what price action was telling them. Some even were turning bearish on the stock markets. Yet they have been happy to accept that price has been telling them that it is ready to go up. And they have accepted that they were wrong, and are trading accordingly.

"I've said it before, and I'm going to say it again, because it cannot be overemphasized: the most important change in my trading career occurred when I learned to DIVORCE MY EGO FROM THE TRADE. Trading is a psychological game. Most people think that they are playing against the market, but the market doesn't care. You're really playing against yourself. You have to stop trying to will things to happen in order to prove that you're right. Listen only to what the market is telling you now. Forget what you thought it was telling you five minutes ago. The sole objective of trading is not to prove you're right, but to hear the cash register ring."

Trading in the moment of now

More on trading in the moment of now

Acting in the moment of now
Posted by Trader Steve